In this function the base is 2. The function is inclining. 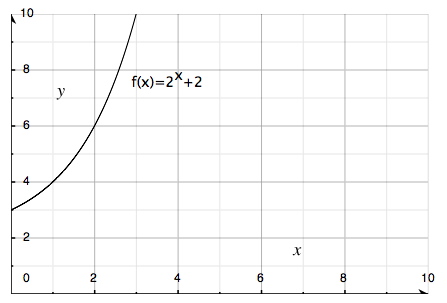 In this function the base is 0.1. The function is declining. 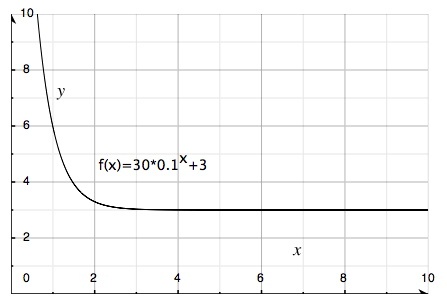 An exponential function may generally be written as:

The following graph depicts four different curves indicating how an exponential function behaves depending on whether C and a are positive or negative. The curves are identical but inverted in the various quadrants: 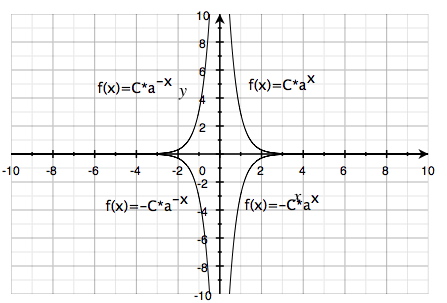 No curve ever intersects the x-axis but only approaches it infinitely.

Show how to rewrite the given expression