If we in the following equation y=x+7 assigns a value to x, the equation will give us a value for y.

A function is an equation that has only one answer for y for every x. A function assigns exactly one output to each input of a specified type.

It is common to name a function either f(x) or g(x) instead of y. f(2) means that we should find the value of our function when x equals 2.

A function is linear if it can be defined by

This form is called the slope-intercept form. If m, the slope, is negative the functions value decreases with an increasing x and the opposite if we have a positive slope.

An equation such as y=x+7 is linear and there are an infinite number of ordered pairs of x and y that satisfy the equation. 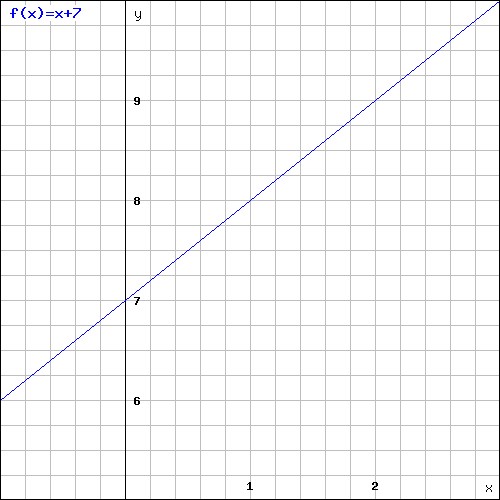 Do excercises Show all 3 exercises
More classes on this subject
Algebra 2 How to graph functions and linear equations: Graph inequalities