An introduction to geometry

A point in geometry is a location. It has no size i.e. no width, no length and no depth. A point is shown by a dot.

A line is defined as a line of points that extends infinitely in two directions. It has one dimension, length. Points that are on the same line are called collinear points.

A line is defined by two points and is written as shown below with an arrowhead.

Two lines that meet in a point are called intersecting lines.

A part of a line that has defined endpoints is called a line segment.  A line segment as the segment between A and B above is written as:

A plane extends infinitely in two dimensions. It has no thickness. An example of a plane is a coordinate plane. A plane is named by three points in the plane that are not on the same line. Here below we see the plane ABC. 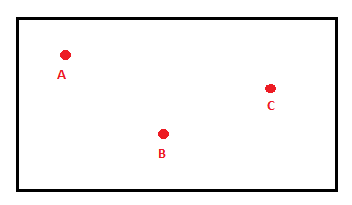 A space extends infinitely in all directions and is a set of all points in three dimensions. You can think of a space as the inside of a box. 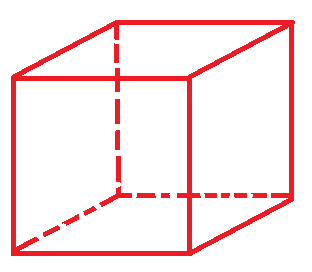 Plot a point, a line, a line segment and an angle in a coordinate plane.