Do excercises Show all 4 exercises

The sum of the angles of a quadrilateral is always 360°. Quadrilaterals can look very different: 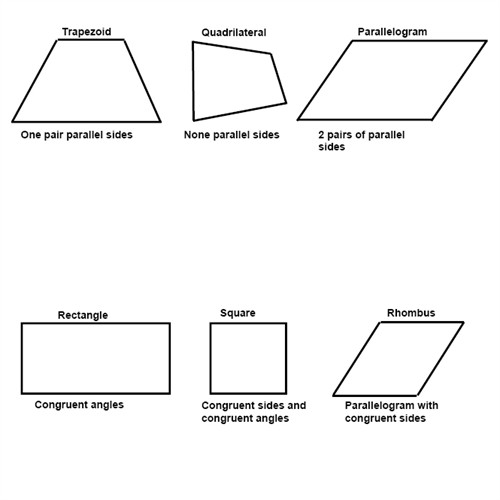 Polygons are figures that are formed by three or more line segments. These line segments, even called sides, meet at their endpoints to form vertices. 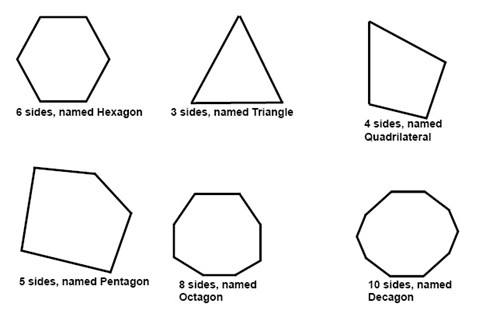 If we compare the number of sides, diagonals and triangles of a quadrilateral a pentagon and a hexagon we can find a system between the different polygons. 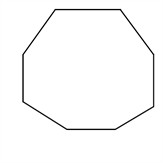 Find the measures of the angles in this octagon.

When you slide a figure in different ways, e.g. horizontally, vertically or both, it is called a translation.

When you turn a figure around a specific point it is called rotation. 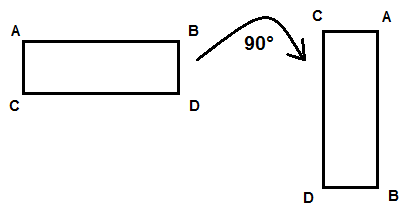 When you reverse a figure it is called a reflection.

Find the measures of angles of these figures