Use graphing to solve quadratic equations

Graph the equation. This could either be done by making a table of values as we have done in previous sections or by computer or a graphing calculator. 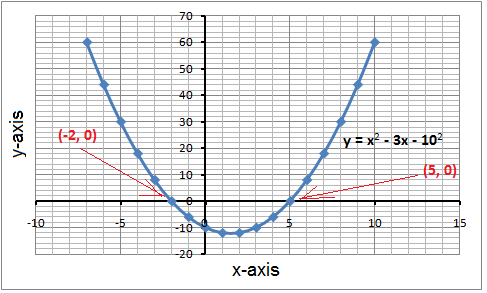 The parabola cross the x-axis at x = -2 and x = 5. These are the roots of the quadratic equation.

We can compare this solution to the one we would get if we were to solve the quadratic equation by factoring as we've done earlier.

Here you can get a visual of your quadratic function