One way of solving a linear system is by graphing. The solution to the system will then be in the point in which the two equations intersect. 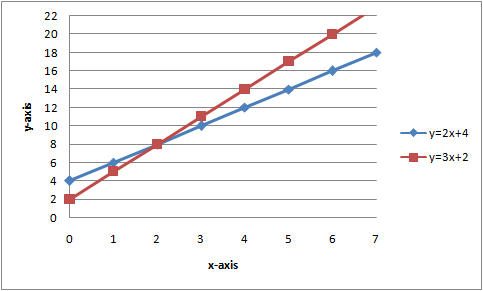 Linear systems composes of parallel lines that have the same slope but different y-intersect do not have a solution since the lines won't intersect. Linear systems without a solution are called inconsistent systems.